This section provides a description of the physical features, hydrology, climate and winds that characterize the Nisqually River area. It also includes an overview of the area’s oil spill risks. The planning area includes the Nisqually River riparian habitat, extending from the mouth of the river delta upstream to the LaGrande Dam. Upstream to downstream, the Nisqually River passes through or by the towns and communities of La Grande, Yelm, Roy, McKenna, and the Nisqually Reservation. The Pierce County side of the Nisqually Reservation is managed by the U.S. Army and Air Force Joint Base Lewis McChord (JBLM) as a military training and operations area. The planning area is divided by Pierce and Thurston counties, of which the river serves as the boundary. This GRP consists of Water Resource Inventory Area 11 (WRIA-11, Nisqually).

The flow of the Nisqually River in this planning area is primarily controlled by the flood gates of the three dams. The reservoir for the Alder Dam has a capacity of 241,950 acre-feet, while the reservoir connecting it to the La Grande Dam has a capacity of 2,700 acre-feet (Low Impact Hydropower Institute). In addition to the flow rate of the spillways, the lower Nisqually also receives input from the Mashel River and several small tributaries. A collection of creeks which serve as tributaries to the Nisqually in this section are as follows: Ohop, Tanwax, Muck, Lacamas, Toboton, Powell, Yelm, Thompson, Hart, Horn and Murray.

The Nisqually River GRP planning area falls within the South Puget Sound region of Washington, reaching up to the Cascade foothills at the base of Mt. Rainier. The lower reaches of the Nisqually River are influenced by south Puget Sound’s maritime climate with cool summers and mild winters, and the area is protected from strong south-southwest winds associated with winter storms by the Olympic and Cascade mountain ranges (USFWS). Annual precipitation averages around 50 inches in the lower portions of the Nisqually. Snowfall varies along the river, with this GRP’s planning area receiving infrequent snow due to its lower altitude in comparison to the upper Nisqually. Mean high temperatures in the winter can range from mid to upper 40s (F) with low temperatures ranging from low to upper 30s (F). Summer mean high temperatures are usually in the mid to upper 70s (F) with low temperatures in the upper 40s to low 50s (F) (NOAA).

Tidal influence on the lower Nisqually River extends approximately 3.3 miles upstream near the town of Nisqually. The mean tidal range (MHW – MLW) for South Puget Sound is 9.4 to 10.48 feet. The diurnal tidal range (MHHW – MLLW) is 13.1 to -3.5 feet (USFWS) The river current in the planning area is predicated on the flow rate of the dam spillways and input from the Mashel River and its various tributary creeks. The flow rate from the creeks is predominately determined by runoff from precipitation.

The Nisqually River area is plentiful in natural, cultural, and economic resources, all at risk of injury from oil spills. Potential oil spill risks include, but are not limited to, road transportation, rail transportation, oil pipelines, aircraft, recreational boating, and other oil spill risks. This section briefly discusses these risks and how they could impact the Nisqually River and the greater GRP planning area.

This section provides a summary of natural, cultural, and economic resources at risk in the vicinity of the Nisqually River and McAllister Creek and upriver to the base of La Grande Dam. It provides general information on habitat, fish, and wildlife resources, and locations in the area where sensitive natural resource concerns exist. It offers a summary of cultural resources that include fundamental procedures for the discovery of cultural artifacts and human skeletal remains. General information about flight restrictions, wildlife deterrence, and oiled wildlife can be found near the end of this section.  A list of economic resources in the area is also provided.

This area contains a wide variety of aquatic, riparian, and upland habitats. These habitats support many of Washington’s salmonid species as well as a complex diversity of other wildlife. In addition to those species directly at risk to oil spills, others (due to their life histories and/or behaviors) are unlikely to become directly oiled during a spill incident but may be disturbed by other operations such as cleanup, reconnaissance, or fire suppression activities. Some of the bird species are resident throughout the year, but many others seasonally migrate through of the area. 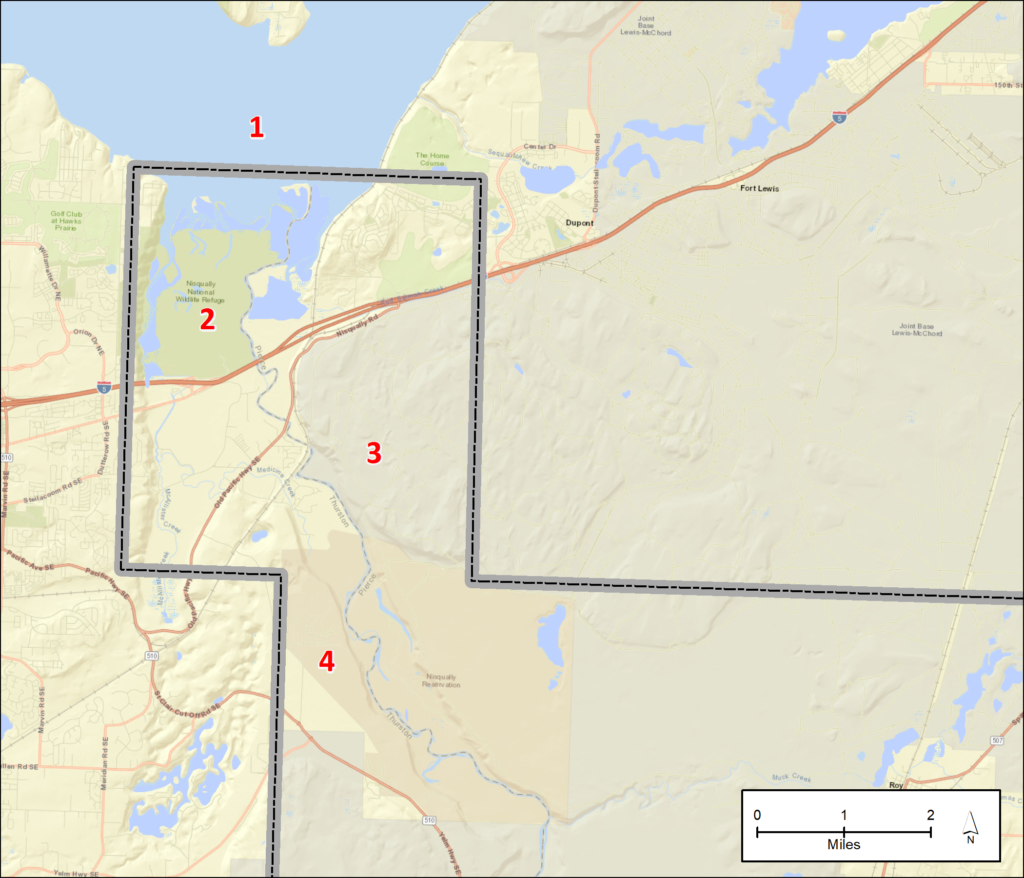 Figure 1: Areas of concern within the Nisqually GRP.

Culturally sensitive sites are present within the Nisqually River area. Due to the sensitive nature of this information, details regarding the location and type of cultural resources present are not
included in this document. However, in order to ensure that tactical response strategies do not inadvertently harm historical and culturally sensitive sites, Washington Department of Archeology and Historic Preservation (WDAHP) should be consulted before disturbing any soil or sediment during a response action. WDAHP may assign a person to monitor cleanup operations, or provide a list of professional archeologists that can be contracted to monitor response activities.