This section provides a description of the physical features, hydrology, climate, and winds found within the Nooksack River area and includes an overview of oil spill risks in, or near, the planning area.

There are three sources of the Nooksack River, all in the North Cascades mountain range. The North Fork begins 80 miles upstream from Bellingham Bay, draining a semicircle of glaciers called the Nooksack Cirque between Icy Peak and the eastern slope of Mount Shuksan. As this fork travels westward, it passes north of Mount Baker, past the ski area, and parallels Highway 542 (Mount Baker Highway) to river mile 40. Here, it meets the Middle Fork, which drains the southeast slope of Mount Baker. The South Fork Nooksack joins three miles later at River Mile (RM) 37 to create the main stem Nooksack River.

The upper reaches of the Nooksack River drain the foothills of the Cascade Range and so receive more precipitation than the coastal areas. Bellingham averages 35” or more rain annually, and may receive a few inches of snow once or twice a year. The North Cascades in the central and eastern part of the county experience more extreme weather, averaging 90” of precipitation, several feet of which arrive as snow and sleet (NOAA).

The temperatures in western Whatcom County remain mild year round. Near the coast, Bellingham averages 4.3” of snowfall annually, out of 35” total precipitation, and highs from 73 degrees to lows of 35 degrees (WRCC 2016). Winds at Bellingham airport tend northerly most of the year, averaging about 8 mph (WRCC 2006).

The tidal influence on the Nooksack is visible at the tide gage on RM 5.8. At that distance from the bay, the tidal influence is mild, mostly affecting the river by slowing the speed of flow during an incoming tide, with the river height changing only by a few inches. High tides during low summer flows will have exaggerated effects, and will stretch further inland than usual.

The Nooksack River area is plentiful in natural, cultural, and economic resources, all at risk of injury from oil spills. Potential oil spill risks include, but are not limited to, oil pipelines, rail transportation and facilities, recreational boating, road transportation, aircraft, and other oil spill risks. This section briefly discusses these risks and how they could impact the GRP planning area.

This area contains a wide variety of benthic, aquatic, riparian, and upland habitats that support a complex diversity of wildlife including birds, mammals, fish, and amphibians. Due to their life histories and/or behaviors, some of these species are unlikely to be directly oiled during a spill incident but may be disturbed by other operations such as cleanup, reconnaissance, or fire suppression activities. Some of the bird species are resident throughout the year, but many others seasonally migrate outside the basin. A number of the species found in this area are classified as threatened or endangered under the Federal Endangered Species Act or Washington State guidelines. 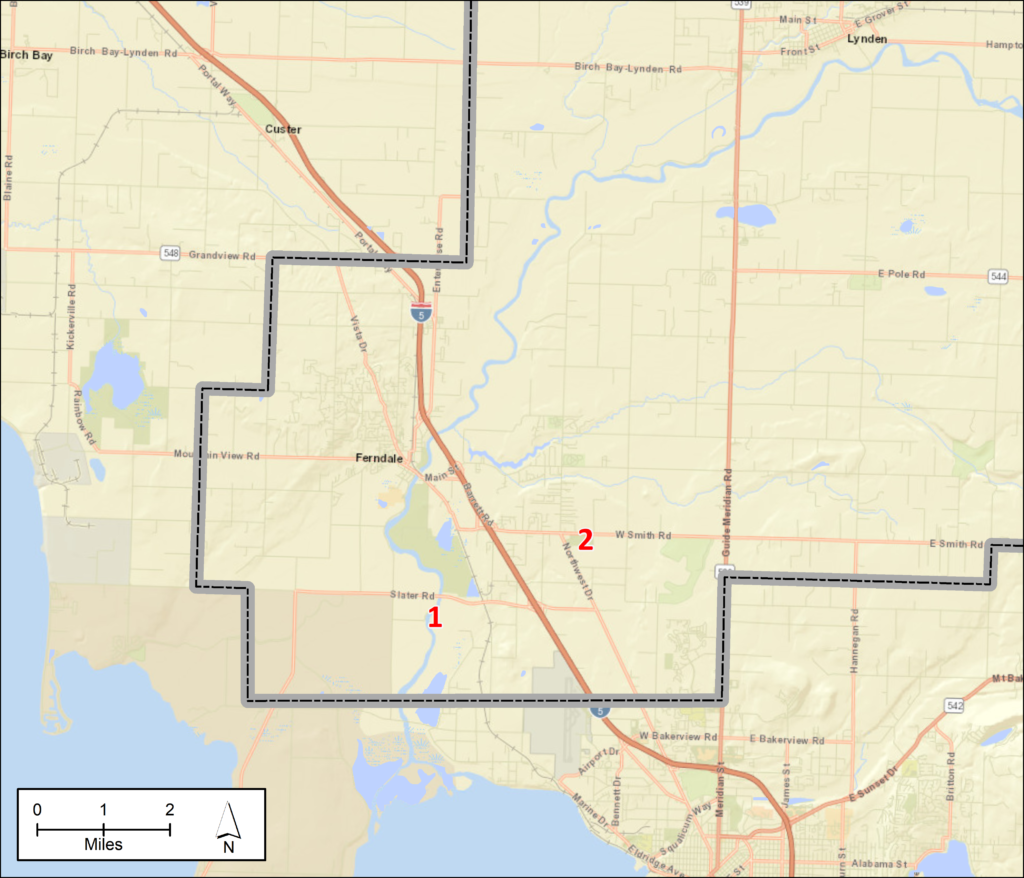 Culturally significant resources are present within the planning area. Information regarding the type and locations of cultural resources is maintained by the Washington Department of Archeology and Historic Preservation (WDAHP). This sensitive information is made available to the Washington Department of Ecology for oil spill preparedness and response planning. The Tribal Historic Preservation Offices (THPOs) or Cultural Resource Departments of local tribes (see Table 6‑1) may also be able to provide information on cultural resources at risk in the area and should be contacted, along with WDAHP, through normal trustee notification processes when significant oil spills, or smaller spills above reportable thresholds, occur in the area.

Socio-economic sensitive resources are facilities or locations that rely on a body of water to be economically viable. Because of their location, they could be severely impacted if an oil spill were to occur. Economically sensitive resources are separated into three categories: critical infrastructure, water dependent commercial areas, and water dependent recreation areas. The Economic Resources at Risk PDF in the Table of Contents provides a list of economic resources for this planning area.