The outer coast of Washington state encompasses approximately 75 miles of shoreline between Cape Flattery and Grays Harbor. It is an ecologically rich and diverse area that includes some of the most scenic coastline in the world. Much of the coastal zone consists of wildlife sanctuaries.

In the winter, inshore coastal currents typically flow northward. This winter current causes the Columbia River plume typically to flow northward, parallel along the Washington coast to the Strait of Juan de Fuca (however, some outflow may extend south of the Columbia River entrance). This movement has been described by Barnes, Duxbury and Morse (1972) and Hickey (1989). During the summer, predominant currents flow south. Therefore, at this time of year the Columbia River plume moves southwest of the river entrance and further offshore. Natural collection areas of oil and debris often occur in fronts forming along the seaward portion of the plume (Simecek-Beatty 1994).

Storm systems are most intense during the winter season (November – February). On the average, there is a permanent low pressure system hovering over a broad region off the eastern end of the Aleutian Island chain of Alaska that generates a series of storms in the North Pacific Ocean during a typical season. The prevailing winds of this period tend to be from the southwest and west at 10 to 20 mph (NOAA 1983).

The oceanic current system off the Washington coast is comprised of the California current, Davidson current, and California undercurrent. The seasonal variation in the pattern of coastal circulation is the result of changes in direction of the dominant winds associated with large-scale atmospheric pressure cells over the Pacific Ocean (NOAA 1993). The relatively wide and straight continental shelf off the coast tends to separate the nearshore surface current from the larger-scale California current. Winter winds typically cause the southward flowing California current to remain offshore while nearshore, the Davidson current, flows toward the north. In the summer, northerly winds extend the southward flowing California current over both nearshore and offshore areas. Since spring and fall are transitional periods, changes in the local wind field results in unpredictable current reversals. Reversals can also occur within one to two days of change in the seasonal pattern (Simecek-Beatty 1994). Local nearshore currents within approximately 10 miles of shore are influenced by winds, ocean currents, tides, river runoff and coastal configuration, resulting in a high degree of local variation. In addition, there are many areas of coast upwelling during the summer and downwelling during the winter.

This section provides a summary of natural, cultural, and economic resources at risk along the outer coast of Washington State, north of Grays Harbor. It provides general information on habitat, fish, and wildlife resources, and locations in the area where sensitive natural resource concerns exist. It offers a summary of cultural resources that include fundamental procedures for the discovery of cultural artifacts and human skeletal remains. A list of cultural and economic resources, as well as general information about  flight restrictions, wildlife deterrence can be found near the end of this section.

This area extends along the Washington outer coast from Copalis to Cape Flattery and contains a wide variety of aquatic, riparian, upland, and nearshore marine habitats. These habitats support many of Washington’s salmonid species as well as a complex diversity of other wildlife. In addition to those species directly at risk to oil spills, others (due to their life histories and/or behaviors) are unlikely to become directly oiled during a spill incident but may still be disturbed by operations such as cleanup, reconnaissance, or fire suppression activities. Some of the bird species are resident throughout the year, but many others seasonally migrate through the area.

Note: Includes sensitive sites that overlap with adjoining GRP regions – see area maps at end of chapter). For each area described below, there may be multiple management interests involved and these are noted where known. 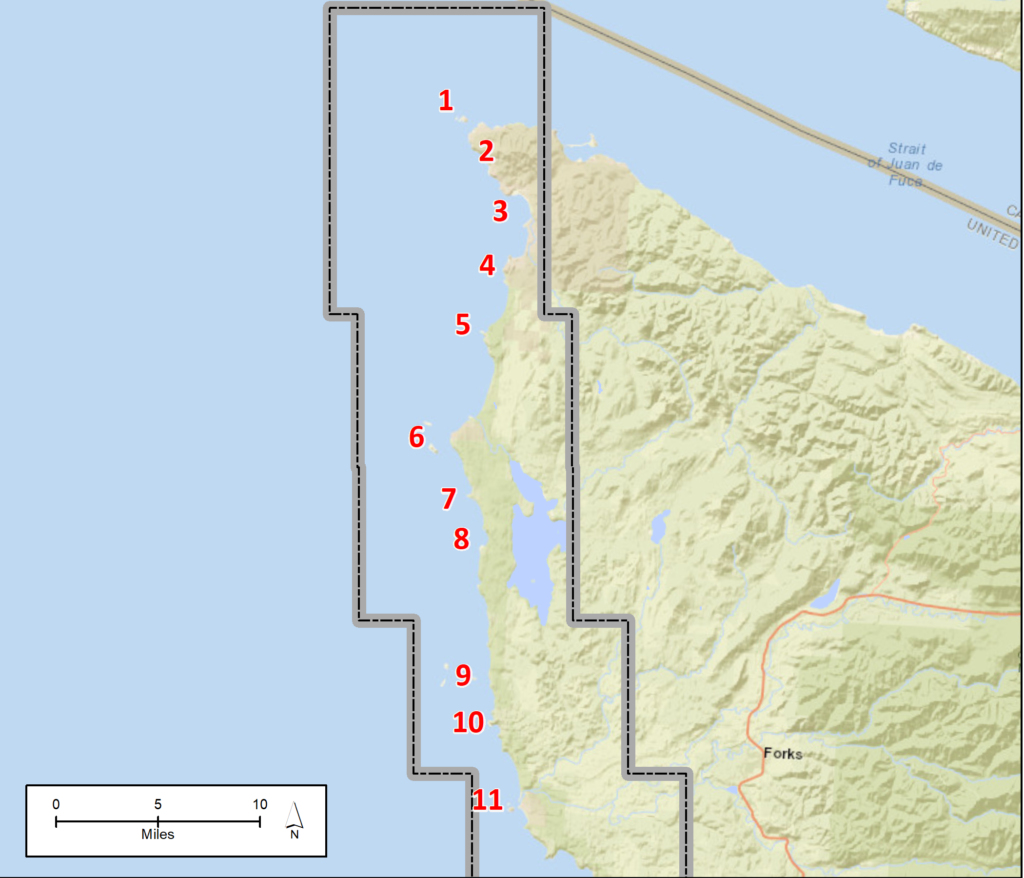 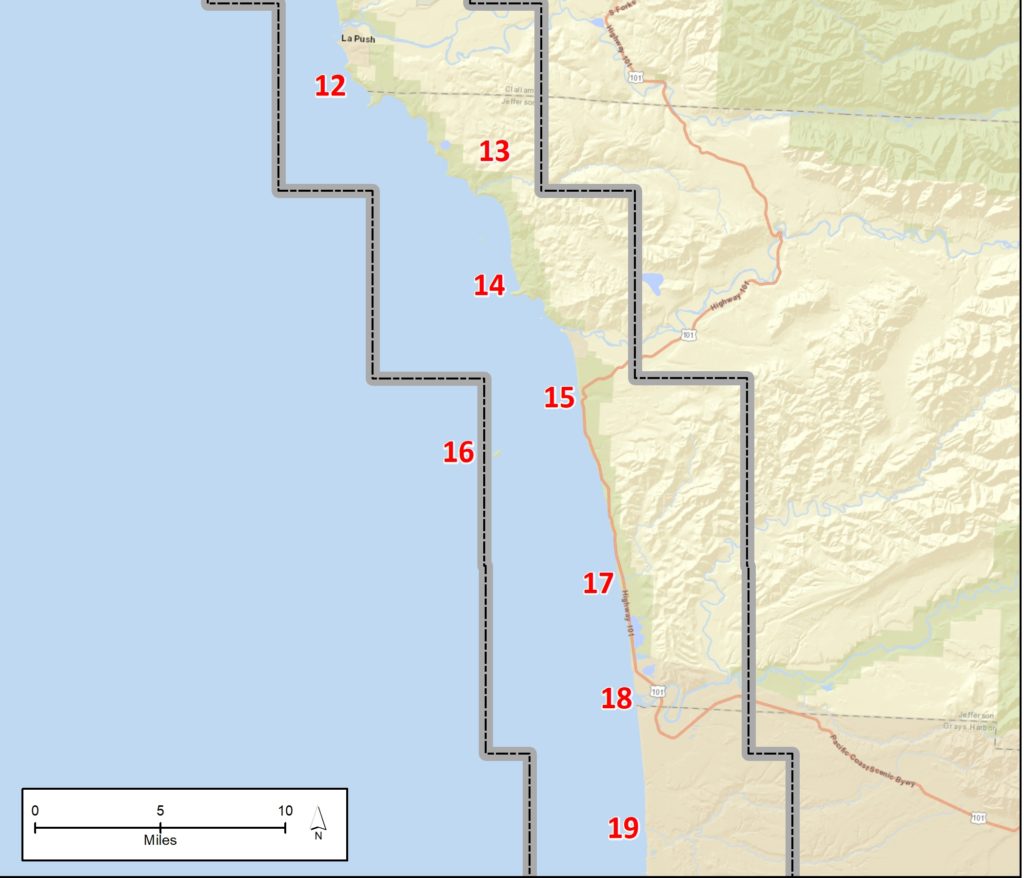 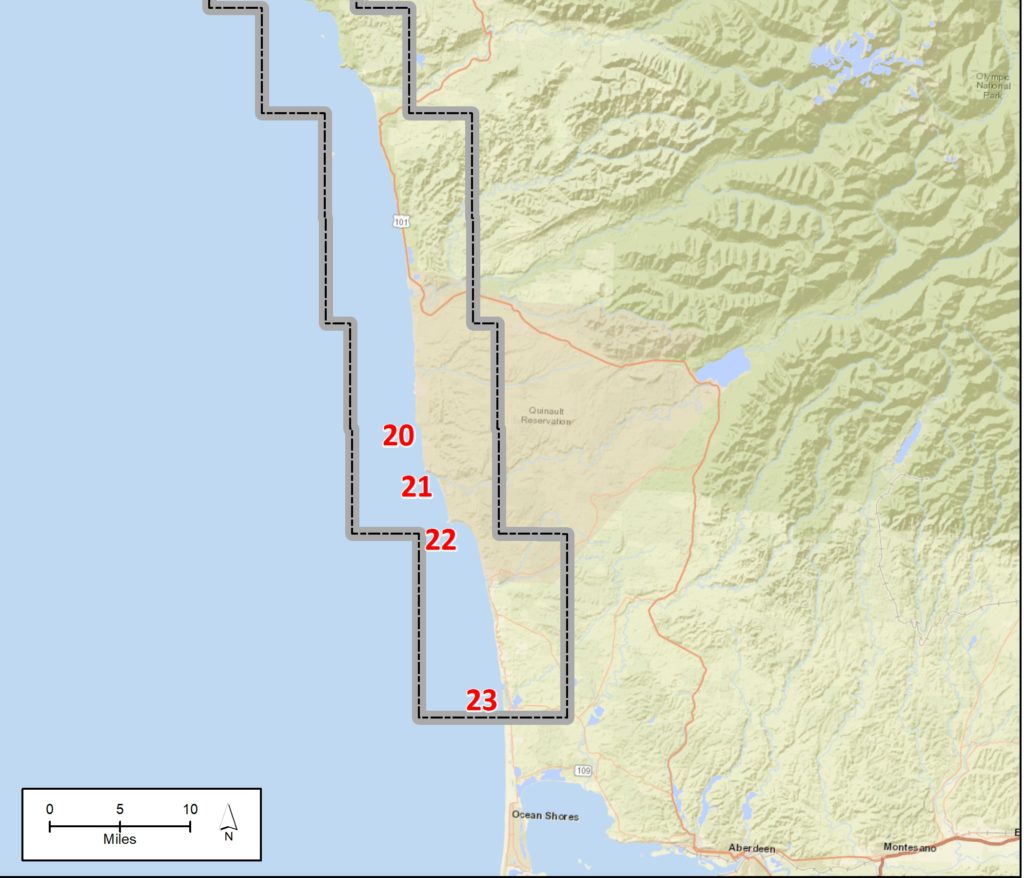 Figure 3: Raft River to the mouth of Grays Harbor.

Flight Restriction Zones: The Environmental Unit (Planning Section) may recommend flight restriction zones (FRZ) to minimize disturbance or injury to wildlife during an oil spill. Pilots/operators can decrease the risk of aircraft/bird collisions, prevent the accidental driving of wildlife into oiled areas, and minimize abandonment of nests by keeping a safe distance and altitude from these identified sensitive areas.