Although the eastern boundary of the planning area is far from Mount Rainer, the physical features of this area have been shaped to a large extent by the mountain. All of the major rivers in this area, the Puyallup and its tributaries the Carbon and the White, are fed from glaciers on the west side of Mount Rainer. The land through which these rivers flow has been formed by Mount Rainer (Shared Strategy for Puget Sound). Lahars and mudflows, including the Osceola Mudflow of 5,600 years ago, cover much of the area with deposits at least 100 feet thick (USGS). Since lahars and mudflows can occur at any time, the USGS has installed a lahar detection and warning system in the Carbon and Puyallup River valleys. This system would give the tens of thousands of people who live in the area time to evacuate to higher ground during an emergency (USGS).

The Puyallup River and its main tributary, the White River, are naturally very braided and meandering. This has caused frequent flooding in the past, and created problems for the cities and towns along the rivers. In order to mitigate this danger, dams and modifications of both rivers have occurred. The Buckley Diversion Dam on the White River(located at the eastern boundary of the PWR planning area), the Mud Mountain Dam on the White River, and the Electron Dam on the Puyallup River (both located outside of this planning area), as well as extensive levees, were built as flood control efforts and have greatly alter the natural flow of the rivers.

The climate in the Puyallup-White planning area is usually mild. The area receives an average of 41 inches of rain per year, and 4 inches of snow (Sperling’s Best Places). Precipitation averages 96 days/year. Sunny conditions occur on average 141 days/year. The average percentage of the sky covered by clouds experiences extreme seasonal variation over the course of the year, with the cloudier part of the year beginning in October and lasting over 8 months. Temperatures vary by season between 36F (January) and 77F degrees (July) (U.S. Climate Data).

The Puyallup-White Rivers are plentiful in natural, cultural, and economic resources, all at risk of injury from oil spills. Potential oil spill risks include, but aren’t limited to, road transportation, rail transportation, oil pipelines, aircraft, and recreational boating. This section briefly discusses these risks and how they could impact the WADE-GRP planning area.

This section provides a summary of natural, cultural, and economic resources at risk in the planning area. It provides general information on habitat, fish, and wildlife resources, and locations in the area where sensitive natural resource concerns exist. It offers a summary of cultural resources that include fundamental procedures for the discovery of cultural artifacts and human skeletal remains. General information about flight restrictions, wildlife deterrence, and oiled wildlife can be found near the end of this section. A list of economic resources in the area is provided in the section’s appendix. 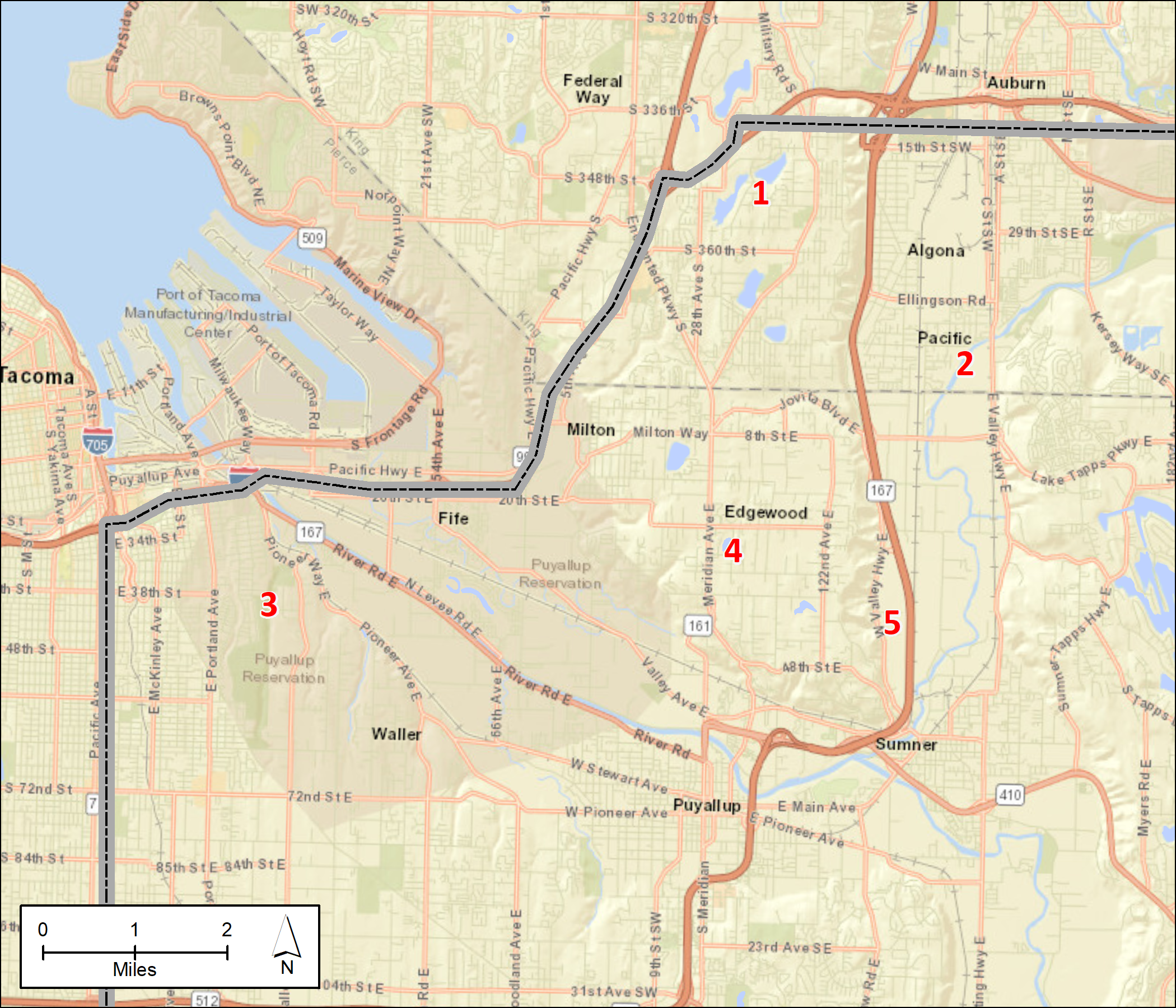 Figure 1: Specific geographic areas of concern in the PWR GRP. 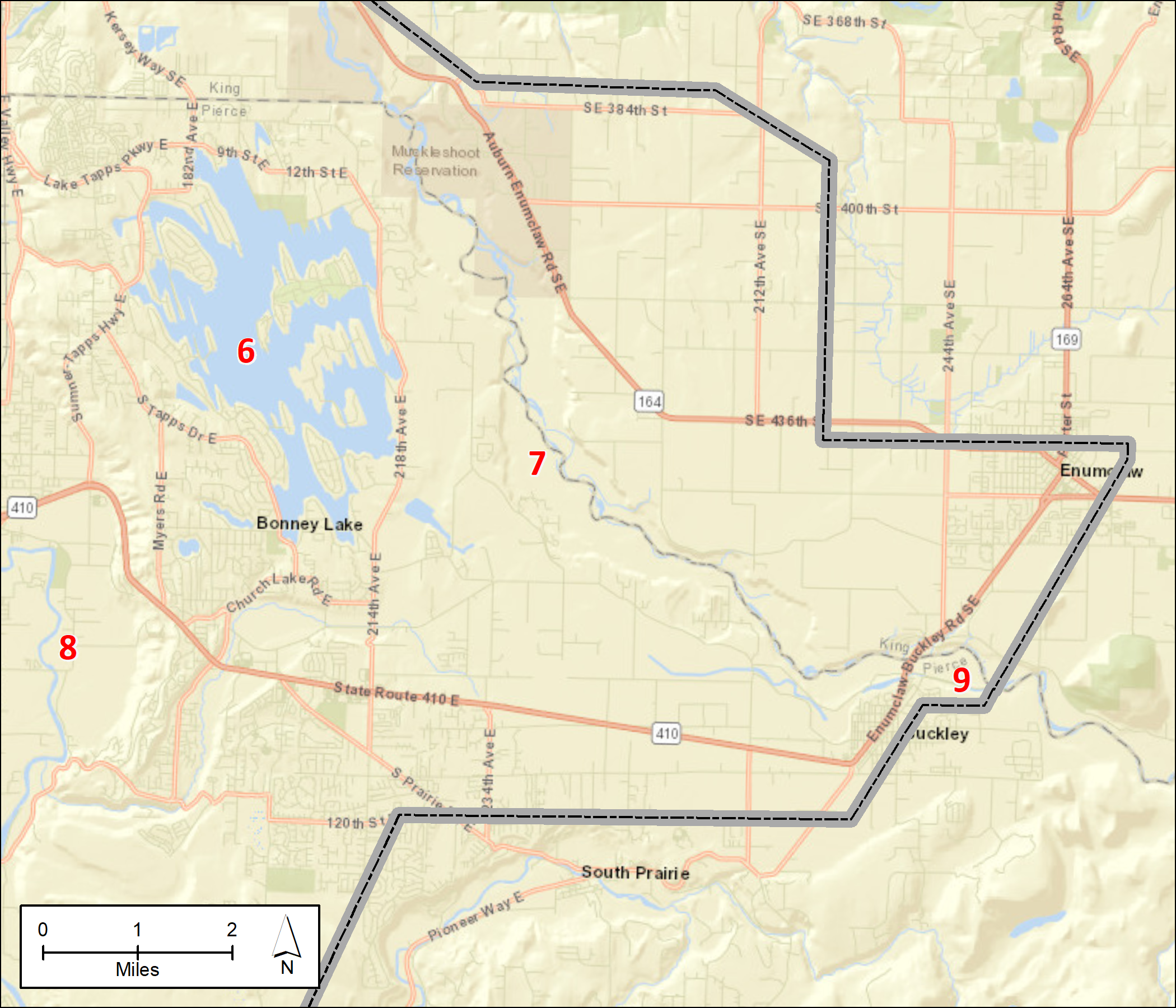 Culturally significant resources are present within the planning area. Information regarding the type and location of cultural resources is maintained by the Washington Department of Archeology and Historic Preservation (WDAHP). This sensitive information is made available to the Washington Department of Ecology for oil spill preparedness and response planning. The Tribal Historic Preservation Offices (THPOs) or Cultural Resource Departments of local tribes (Table 6.1) may also be able to provide information on cultural resources at risk in the area and should be contacted, along with WDAHP, through normal trustee notification processes

Socio-economic sensitive resources are facilities or locations that rely on a body of water to be economically viable. Because of their location, they could be severely impacted if an oil spill were to occur. Economically sensitive resources are separated into three categories: critical infrastructure, water dependent commercial areas, and water dependent recreation areas. Appendix 6A of this section provides a list of economic resources for this planning area.

Flight restriction zones: Flight restriction zones may be recommended by the Environmental Unit (Planning Section) for the purpose of reducing disturbances that could result in injury to wildlife during an oil spill.  By keeping a safe distance or altitude from identified sensitive areas, pilots can lessen the risk of aircraft/bird collisions, prevent the accidental hazing of wildlife into oiled areas, and avoid causing the abandonment of nests.