This section provides an overview of the area’s physical features, hydrology, climate and winds, and tides and currents in the Samish River GRP planning area, and an oil spill risk assessment in Section 2.6. The Samish River GRP boarders the San Juan Islands/North Puget Sound GRP to the west, and the Lower Skagit River GRP to the south. From a point on the Samish River about 4 miles upstream of Samish Bay, the planning area extends northeastward about 24 miles, across the Interstate 5 and Highway 9 corridors, to a point just upstream from the community of Saxon. The planning area also follows Friday Creek from its confluence with the Samish River, northward along the Interstate 5 corridor for about 13 miles, to Lake Samish. All of Lake Samish is included in this planning area. The planning area covers about 102 square miles and resides within Water Resource Inventory Area Nooksack (WRIA 1) and Lower Skagit/Samish (WRIA 3). The communities of Alger, Allen, Bow, Saxon, Sedro-Woolley, and Wickersham are located within the boundaries of this planning area, as well as the Upper Skagit Indian Reservation, and portions of Skagit and Whatcom counties.

The Samish River runs approximately 28 miles from the wetlands along Highway 9 near the community of Saxon, downstream to its mouth at Samish Bay in north Puget Sound. The upper reaches of the river are in a broad, nearly flat valley east of Anderson Mountain, near the Whatcom/Skagit county line. There are dozens of small streams draining steep hills with thick forest cover, joining the river as it winds slowly through small farms and a series of densely vegetated wetlands.

The upper reaches of the Samish River drain the foothills of the Cascade Range and so receive more precipitation than the coastal areas. Sedro-Woolley’s weather station, a few miles south of the Samish River, has an average total annual precipitation of 46.6”, with the lowest monthly rainfall in July and August at less than two inches, and highest at 6.5” in November (WRCC 2016). As with most of Western Washington, the rainy season is considered to begin in October and end in May or June. In non-glacially fed areas like the Samish, during the summer months the amount of water in the system drops considerably, flows decrease, and temperatures increase. Because of the agricultural nature of the Samish watershed, water levels are further drawn down by irrigation in the summer. There is one USGS station tracking velocity and river height, located at the WDFW facility at river mile 10.3. This gage shows that highest flows are from December to February, averaging about 400 to 500 cubic feet per second (cfs), with lows of 40 to 60 cfs between July and September. During summer droughts the river has dropped below 20 cfs (USGS). During these dry periods, some areas will not have enough depth to support boating activities on the river.

The temperatures in the Samish area remain mild year round, with average winter lows above freezing, and highs in the low-to-mid 70s from June to September. Sedro-Woolley records between 1 and 3 inches of snowfall on average in the winter months, but no accumulation (WRCC).

The tidal influence on the Samish ends at river mile 4, at the downstream edge of the planning area. The tides may still impact the river up to river mile 7 by slowing the speed of flow during an incoming tide, and king tides during low summer flows will have effects further inland than usual.

The Samish River area is plentiful in natural, cultural, and economic resources, all at risk of injury from oil spills. Potential oil spill risks include, but are not limited to, road transportation, rail transportation, oil pipelines, aircraft, recreational boating, and other oil spill risks. This section briefly discusses these risks and how they could impact the GRP planning area.

This section provides a summary of natural, cultural, and economic resources at risk in the planning area, including those resources at risk from oils with the potential to sink or submerge.  It provides general information on habitat, fish, and wildlife resources, and locations in the area where sensitive natural resource concerns have been identified.  It offers a summary of cultural resources that include fundamental procedures for the discovery of cultural artifacts and human skeletal remains.  General information about flight restrictions, wildlife deterrence, and oiled wildlife can be found near the end of this section.  A list of economic resources in the area is provided in the table of contents.

This area contains a wide variety of benthic, aquatic, riparian, and upland habitats that support a complex diversity of wildlife including birds, mammals, fish, and amphibians.  Due to their life histories and/or behaviors, some of these species are unlikely to be directly oiled during a spill incident but may be disturbed by other operations such as cleanup, reconnaissance, or fire suppression activities.  Some of the bird species are resident throughout the year, but many others seasonally migrate outside the basin.  A number of the species found in this area are classified as threatened or endangered under the Federal Endangered Species Act or Washington State guidelines. 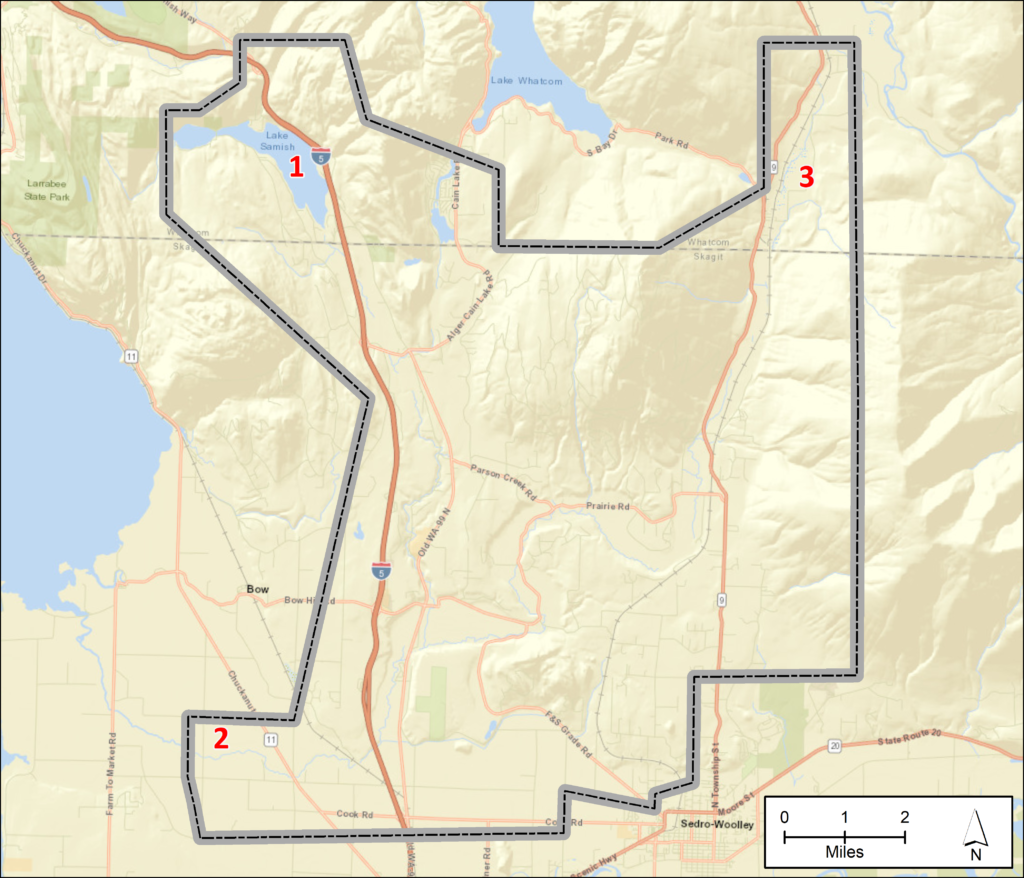 Figure 1: Specific geographic areas of concern for the Samish GRP.