This section provides an overview of the area’s physical features, hydrology, climate and winds, and tides and currents in the Upper Columbia River GRP planning area, and an oil spill risk assessment in Section 2.6. The southernmost portion of the planning area begins near Crescent Bar Recreation Area at River Mile (RM) 437. The Columbia River heads in a northwesterly direction past the Rock Island Dam at RM 452 toward the City of Wenatchee. From the confluence of the Wenatchee River at RM 468, the main stem heads in a northerly direction toward the Rocky Reach Dam. Some of the tributaries in this area include Colockum, Douglas, Rock Island, Squilchuck, Stemilt, Tarpiscan, and Tekison Creeks. The planning area covers about 207 square miles and resides partially within Water Resource Inventory Area Alkali-Squilchuck (WRIA 40), Lower Crab (WRIA 41), Moses Coulee (WRIA 44), and Wenatchee (WRIA 45). The communities of Wenatchee, East Wenatchee, and Rock Island are located within the boundaries of this planning area, as well as portions of Chelan, Douglas, Grant, and Kittitas Counties.

The physical features of the area now known as eastern and central Washington and Oregon were greatly influenced by volcanic activity, which built up a stratum of mud, ash, and lava in the geologic column during the Eocene (55.8-33.9 million years ago), Oligocene (33.9-23 million years ago), and Miocene (23-5.3 million years ago) Epochs (Smith 2011). Basalt flows, known as the Columbia River Basalt Group, then covered the area in layers, forming a strong foundation of basaltic rock at least one mile thick (Foster 2008). Subsequent lava and ash eruptions raised the Cascade Mountains during the Miocene and Pleistocene Epochs (2.6 million – 11,700 years ago). As the mountains rose, the Columbia River carved out a deep gorge. Towards the end of the Pleistocene (~16,000-14,000 years ago) cataclysmic mega-floods scoured the landscape. The floods originated from the margins of the Cordilleran Ice Sheet, particularly Glacial Lake Missoula in present day Montana (Bretz 1927). The Missoula floods battered the area over 100 times when the glacial dam forming Glacial Lake Missoula was repeatedly breached. The portion of the Columbia River within this planning area formed the western boundary of the area known as the Channeled Scablands. This is a complex of “vein-like” channels, rock basins, broad coarse-grained alluvial deposits, and loess islands created by these floods (Baker 2008). This series of events has been described as one of the greatest flood occurrences in the history of the earth (WA Military Department). Dramatic examples of the results of these floods can be seen clearly in the present landscape in and around this planning area. The steep basalt cliffs surrounding the Columbia River and the numerous coulees flowing into the river were caused by these floods. These coulees are steep-walled canyons which either lack any active streams or contain streams so small that they couldn’t have been responsible for the scale of erosion needed to gouge them out. Some examples of this are Grand Coulee, where large volumes of flowing water scoured a channel about one mile wide, and Moses Coulee, which stretches for more than 40 miles from Mansfield to the Columbia River near Rock Island (Foster 2008). Quincy Potholes, just south of planning area, is another dramatic example of these Pleistocene floods.

The Columbia River drains the Central Cascade range and experiences high volumes of precipitation in the fall and winter, but the peak flows are in late spring and early summer from glaciers and mountain snowmelt. There are two hydroelectric dams on this stretch of the Columbia River and both are managed by the Chelan County Public Utility District. Because of the agricultural nature of the land adjacent to the Columbia River, water is drawn for irrigation in the summer. There are two USGS stations in the planning area tracking velocity and river height, located at Rocky Reach Dam at river mile 473.7 and at Rock Island Dam at river mile 453.5. These gages show that the highest flows are from April to June, with an average flow from 116,000 cubic feet per second (cfs) in April to 191,500 cfs in June, and a monthly low of approximately 76,400 cfs in September (USGS).

The temperatures in the Columbia River area vary dramatically, with winter lows below freezing, and highs in the low 90s from July to August. Wenatchee averages 26 inches of snowfall in the winter months, but zero inches of accumulation (WRCC 2016). Total precipitation averages nine inches annually. In the southern part of the planning area, precipitation slightly decreases and temperature rises. Trinidad averages eight inches of precipitation and 23 inches of snowfall (WRCC 1961). Wind speed at Pangborn Memorial Airport averages 6.9 mph (WRCC 2006). Winds in East Wenatchee tend to blow in a westerly direction year-round. Chelan County experiences elevated wind speeds, typically in the fall and winter, with wind gusts reaching 51 mph. In 2016, the highest wind speed was recorded at 38 mph in early September (NASEM 2016).

The flow speed on the Columbia River at the Rocky Reach Dam gage (river mile 473.7) is 2.3 mph at the annual mean velocity of 102,000 cfs. Each portion of the river will have faster or slower speeds based on a variety of factors, including channel width, channel depth, debris blockages, and elevation change, among others. This part of the Columbia River is not tidally influenced.

The Upper Columbia River area is plentiful in natural, cultural, and economic resources, all at risk of injury from oil spills. Potential oil spill risks include, but are not limited to, road transportation, rail transportation, aircraft, recreational boating, and other risks. This section briefly discusses these risks and how they could impact the GRP planning area. 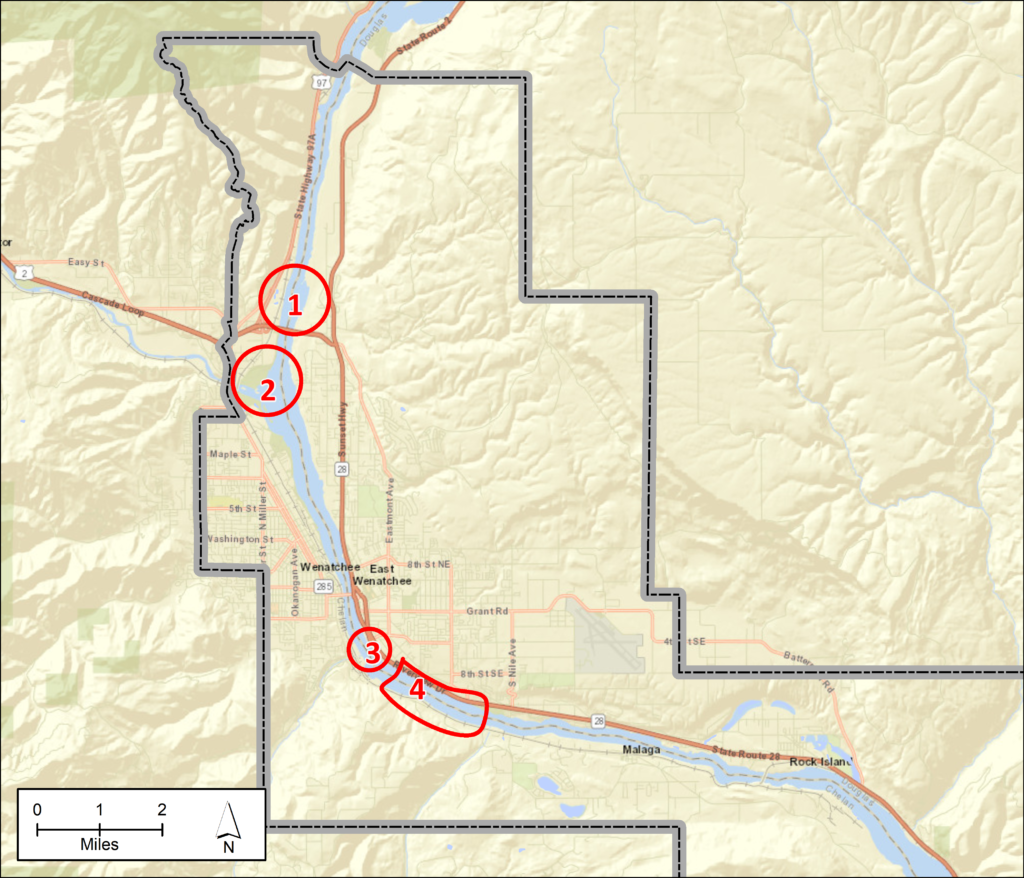 Figure 1: Specific geographic areas of concern in the northern portion the the UCR GRP.