This section provides a description of the physical features, hydrology, climate, and winds in the Upper Green River GRP planning area, and an oil spill risk assessment in Section 2.6. The planning area is approximately 120 square miles and resides within the boundaries of King County. The area is remote, with no towns, cities, or major roadways located here. The Upper Green River GRP is bordered by the Green River/Duwamish GRP to the west, and the Upper Yakima River GRP to the east. It begins at Stampede Pass, in the Cascades, and follows Sunday Creek to the southwest until it empties into the main stem of the Green River. From there the planning area continues west, including the reservoir above the Howard Hanson Dam, and ends at the dam itself. Portions of WRIA 8 (Cedar-Sammamish) and WRIA 9 (Duwamish-Green) fall within this planning area.

The Upper Green GRP planning area covers approximately 120 square miles of mountainous and heavily forested land between the top of the Howard Hanson Dam and the crest of the Cascades at Stampede Pass. The area encompasses almost 24 miles of the Green River and more than 20 tributary creeks. The Green River Watershed is managed by the City of Tacoma and used as a drinking water source for Kent, Covington, Lakehaven, and Tacoma (Tacoma Public Utilities). This area is remote, with no cities, populated towns, or major roadways. One of the few actual ghost towns in Washington is located here. The town of Lester, located along the Green River and the BNSF rail tracks, was built in 1892 as a service stop for the Northern Pacific Railroad. Once the rail locomotives switched from coal to electric and diesel, the service stop was no longer needed. The town remained viable as a logging town until the mid-1980’s. The last resident died in 2002 (Kumm 2015).

Average temperatures at Stampede Pass vary from winter lows in the twenties to summer highs of 65 degrees. The Pass averages 87 inches of rain and 439 inches of total snowfall, with an average snow depth of 40 inches. The ground is generally clear of snow between July and October, with the deepest average snowpack of almost 9 feet in March (WRCC 2016)

There are no tidally influenced areas within the planning area.

The overall river current is controlled by the natural slope of the river from the foothills and input from tributary creeks (especially during heavy instances of precipitation). In the reservoir area, current is determined by whether the dam floodgates are opened or closed. The reservoir level is usually dropped in late winter, to make room for the inflow of the spring thaw. Marginal drainage is maintained in the summer for downstream water usage and fish habitat, and flow just upstream of the reservoir can be nearly stagnant. Average water volumes are 1200 cubic feet per second (cfs) at the gage below the dam, with summer flows below 300 cfs, and winter flows above 1600 cfs (USGS).

The Upper Green River is plentiful in natural, cultural, and economic resources, all at risk of injury from oil spills. Due to the remote nature of this area, many common oil spill risks are not present. There are no public roads, commercial or recreational boating, airports, or oil pipelines in the planning area. Road traffic is radio-monitored and limited to railroad staff, public agency staff, and potentially lumber equipment. 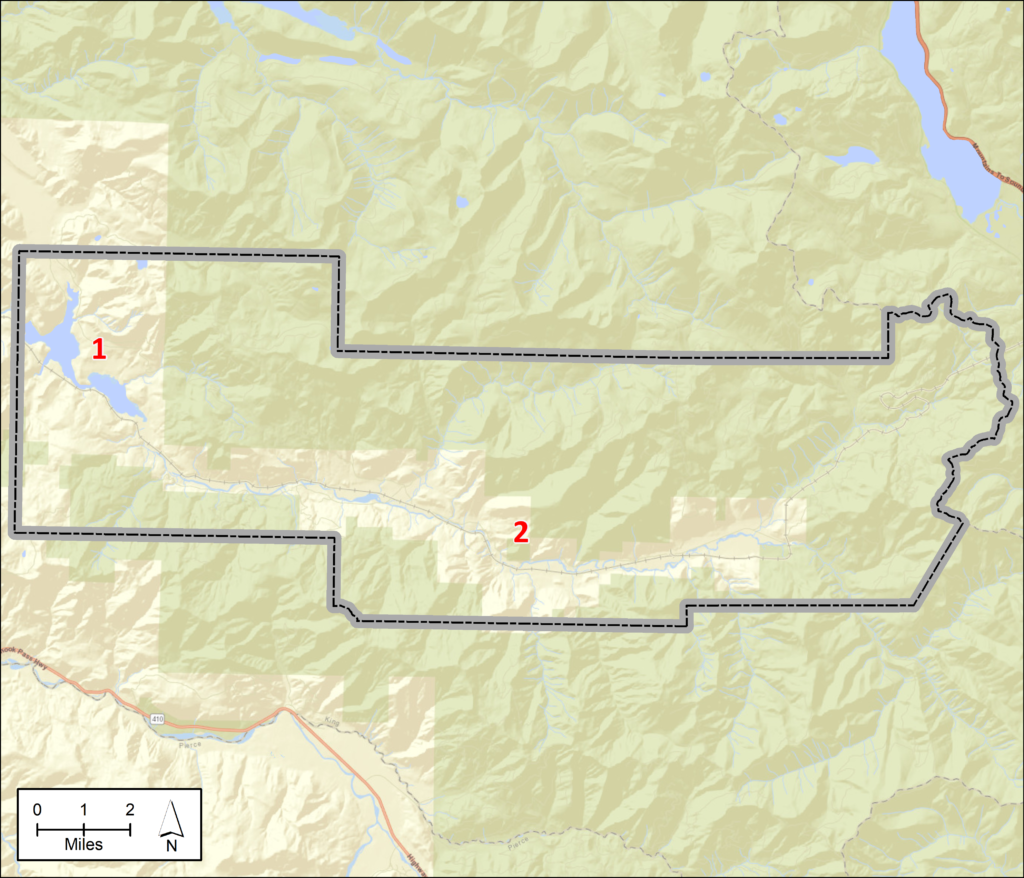