This section provides a description of the physical features, hydrology, climate and winds, and tides and currents found in the Warden Washington GRP planning area, and an oil spill risk assessment in Section 2.6. The planning area extends from the Moses Lake/Crab Creek GRP in the west to the road mileage marker 192 on Interstate 90 in the east. The Warden Washington GRP encompasses a number of irrigation canals that are part of the Columbia Basin Project managed by the U.S. Bureau of Reclamation. Water flows slowly through these canals in a southwesterly direction toward the Potholes Reservoir. Some of the watercourses in this area include East Low Canal, Lind Coulee, Rocky Coulee, and Weber Coulee. The planning area covers approximately 131 square miles and fully resides within the Water Resource Inventory Area Lower Crab (WRIA 41). The communities of Warden and Wheeler are located within the boundaries of this planning area, as well as portions of Grant County.

Volcanic activity built up a stratum of mud, ash, and lava in the geologic column in the area now known as eastern and central Washington and Oregon during the Eocene (55.8-33.9 million years ago), Oligocene (33.9-23 million years ago), and Miocene (23-5.3 million years ago) Epochs (UCMP). Basalt flows, known as the Columbia River Basalt Group, then covered the area in layers forming a strong foundation of basaltic rock at least one mile thick (HugeFloods). Towards the end of the Pleistocene (~16,000-14,000 years ago) the Missoula floods battered the area over 100 times when the glacial dam forming Glacial Lake Missoula was repeatedly breached. Moses Lake and the surrounding area lie within the Channeled Scablands of east-central Washington, a complex of “vein-like” channels, rock basins, broad coarse-grained alluvial deposits, and loess islands created by these floods. This series of events has been described as one of the greatest flood occurrences in the history of the earth.

The water that sustains agriculture in the planning area is diverted from the Columbia River by the Grand Coulee Dam. A series of dams, reservoirs, and canals moves this water throughout the 670,000-square acre area known as the Columbia Basin Project. The U.S. Bureau of Reclamation manages this project to promote agriculture in Adams, Franklin, and Grant Counties (USBR).

The temperatures in the Central Basin area vary dramatically, with winter lows below freezing from November to March, and highs in the high 80s from July to August. Moses Lake averages zero inches of snowfall in the winter months. Total precipitation averages nine inches annually.

The flow speed varies based upon the grade of the canals and the time of year.  Fieldwork conducted in March – when the monthly precipitation total is approximately 0.8 inches – recorded current speeds from zero to one knot. Moses Lake experiences the highest amount of precipitation in December and the smallest amount in August.  There is no tidal influence in the planning area.

The Warden Washington area is plentiful in natural, cultural, and economic resources, all at risk of injury from oil spills. Potential oil spill risks include, but are not limited to, road transportation, rail transportation, aircraft, and other oil spill risks. This section briefly discusses these risks and how they could impact the GRP planning area.

This area is composed of a variety of aquatic, riparian, and upland habitats. These habitats support a diversity of wildlife species, including large and small mammals, songbirds, birds of prey, upland birds, and other waterfowl, as well as reptiles and amphibians. Some species are resident throughout the year; while others seasonally migrate through the area. 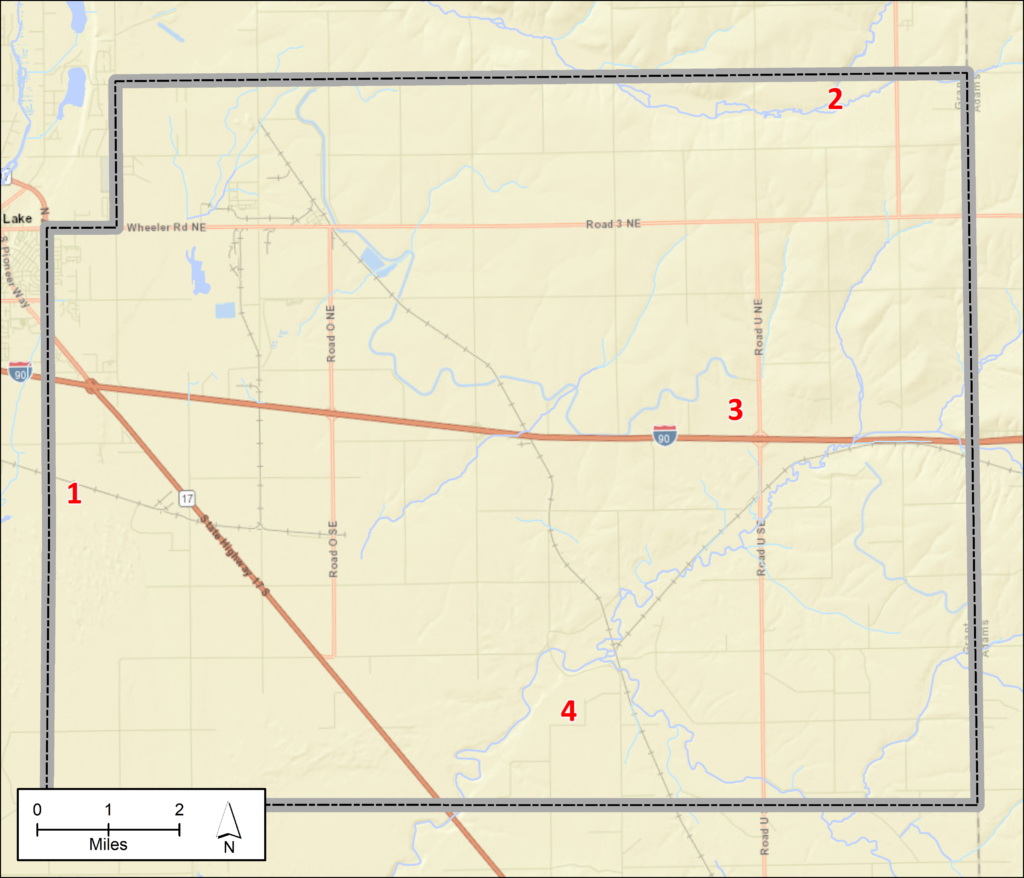