Kristin Wilkinson is the Regional Stranding Coordinator for NOAA Fisheries, Protected Resources Division, and is based in Seattle, Washington. Kristin has been working for NOAA Fisheries for the past 15 years and attended James Cook University in Townsville, Australia, and graduated with a degree in Conservation of Marine Ecosystems and Marine Mammal Education from the University of Hawaii, Manoa. Kristin lives with her husband and 13-year-old daughter on Bainbridge Island. 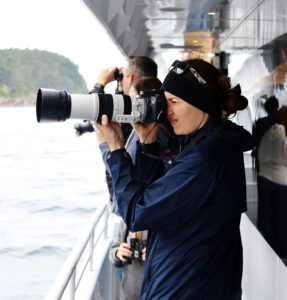 Erin Gless manages community outreach and government affairs for the Pacific Whale Watch Association. She holds a B.S. in Biology with Marine Emphasis from Western Washington University and a B.S. in Communications and B.A. in Spanish from the University of Miami. She has been part of the whale watching community since 2008, working as an onboard naturalist in both Southern California and the Salish Sea. She has a particular passion for the region’s baleen whale species, particularly humpback and gray whales. Erin also serves as West Coast Director of Research for Sustainable Seas Technology, a non-profit organization advancing the use of ropeless fishing gear to decrease large whale entanglements around the world.

Donald T. Noviello is a Fish and Wildlife Biologist with the Washington State Department of Fish and Wildlife, Oil Spill Team specializing in oil spill response planning for marine mammals. He is a retired United States Coast Guard Officer with significant nationwide oils spill response experience including work on the Exxon Valdez oil spill, serving as the Region X Regional Response Team Coordinator. and environmental related tours in Norfolk Virginia, Agana Guam, Seattle Washington, and Portland Oregon. His formal training includes a Bachelor’s Degree in Fisheries Science from the University of Washington and a Master’s degree in Biology from Western Washington University and has also graduated from the TEEX Oil Spill Control Course from Texas A&M in Galveston. 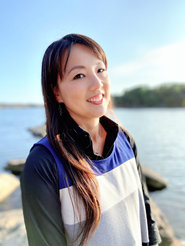 Chiharu (Chi) Mori is a Marine Mammal Specialist for NOAA Fisheries West Coast Region, Protected Resources Division, based in Long Beach, California. Chi has a B.S. in Biological Science from the University of North Carolina at Wilmington and a Ph.D. from the Department of Pathobiology and Veterinary Science at the University of Connecticut, focusing on the effects of environmental toxicants on immune function in cetaceans. Chi is passionate about improving our understanding of how marine mammals are affected by environmental contaminants, and has continued on with that adventure throughout her career. Chi has a long-term relationship with NOAA, starting with her work for the marine mammal stranding network as an undergraduate student. In addition to her graduate work, Chi has gained fieldwork experience capturing live dolphins with NOAA and provided technical support evaluating the effects of the Deepwater Horizon (DWH) oil spill on marine mammals in the Gulf of Mexico. Chi has experience working in academia, the private sector, and the government, and is excited to share her experience with NOAA’s Natural Resource Damage Assessment (NRDA) effort for the DWH oil spill incident. 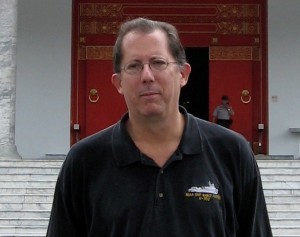 Dr. Tracy Collier received his Ph.D. in Fisheries Sciences from the University of Washington. He has worked for over 45 years as a toxicologist, with more than 35 of those years spent at NOAA’s Northwest Fisheries Science Center, where he served as the director of a science division that employed up to 100 people in disciplines including environmental toxicology, analytical chemistry, harmful algal blooms, and watershed processes.

Since ‘retiring’ from NOAA, he has also served on, and for some time was chair of California’s Delta Independent Science Board, tasked with helping to sort out the thorny problems of managing water in the Sacramento/San Joaquin Delta, including the harm to water quality from toxic chemicals.  He has also served as the Science Director for the Puget Sound Partnership, the Science Advisor to NOAA’s Oceans and Human Health Initiative, a consultant for First Nations opposed to pipeline construction or expansion through their land, and a consultant to NOAA for the Deepwater Horizon oil spill, injuries to natural resources in Portland Harbor and the Lower Duwamish Waterway, and for injuries to marine mammals at a site in Georgia.  He has over 175 scientific publications, and currently is an affiliate faculty at Western Washington University. 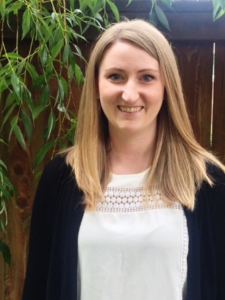 Grace has a Master’s in Marine Affairs from the University of Washington and has been with NOAA Fisheries since 2016. She has worked in Protected Resources both in the regional office in Seattle and at the agency’s headquarters, as well as in the NMFS Office of International Affairs as a Sea Grant fellow. In her free time, Grace enjoys hiking, backpacking, and sea kayaking

Alan is an ecologist, recently retired as a Senior Scientist with NOAA’s Emergency  Response Division (ERD) in Seattle. He provided support (still does) to NOAA’s Scientific Support Coordinators (SSC’s) and the U.S. Coast Guard. His first oil spill response was the 1989 Exxon Valdez Oil Spill, where he first served aboard he NOAA Ship Fairweather during the first damage assessment cruises; then, in 1990 was project leader of what became an annual longterm Prince William Sound shoreline monitoring program focused on documenting the effectiveness, biological  effects and recovery from aggressive shoreline cleanup. Meanwhile during the 1990s and mid 2000s, Alan and his colleagues were called upon to provide cleanup support for oil and fuel sills around the US and abroad, including in Texas, California, New England, Washington and the Deepwater Horizon Oil Spill in the Gulf of Mexico. He was a trainer for ERD’s Science of Oil Spills training program around the US, and provided scenario support for over a dozen Consensus Ecological Risk Assessment Workshops in the Caribbean, California, Alaska, Pacific Northwest, Florida, Massachusetts, and Maine.  In 1997 he participated in an international response in Uruguay. Alan is author or co-author of nearly 200 papers, reports, and response guides dealing with marine pollution issues. 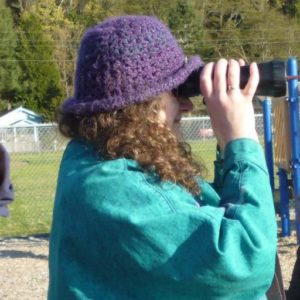 Susan Berta received her Bachelor of Arts degree from The Evergreen State College in 1982, with majors in music and psychology. After a decade of working in the field of Social Work, in 1989 Susan became Program coordinator and co-founder of the Island County/WSU Beach Watchers, an environmental education program for volunteers who give back to the community by volunteering and conducting citizen science projects such as a beach monitoring program which has now collected decades of data on Island County beaches. 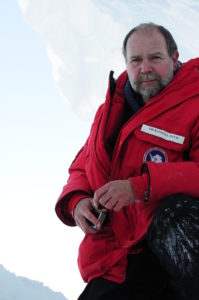 Dr. Randall Davis is President of International Wildlife Research, Inc. and Regents Professor in the Depts. of Marine Biology and Ecology and Conservation Biology at Texas A&M University. He began research on the effects of Prudhoe crude oil on the thermal conductance of sea otter fur in 1975 at Scripps Institution of Oceanography. The results from that study indicated that even light oiling would have marked detrimental effects on the thermoregulatory ability of sea otters and fur seals at sea (Kooyman, Davis and Castellini, 1977, In: Fate and Effects of the Petroleum Hydrocarbons in Marine Organisms and Ecosystems, Pergammon Press). In the early 1980s, he and colleague Dr. Terrie Williams began research on methods to mitigate the effects of oil on sea otters. Their results showed that Dawn detergent was effective in removing oil and enabled otters to restore the water repellency of their fur in 3-6 days with active grooming (Davis, Williams, Thomas, Kastelein and Cornell, 1988, Canadian Journal of Zoology 66:2782-2790). This method of cleaning fur-bearing marine mammals has changed little since 1988. On March 24, 1989, the Exxon Valdez spilt 11 million gallons of Prudhoe crude oil into Prince Williams Sound. The Dept. of Interior requested that Davis and Williams organize an oiled sea otter response on behalf of Exxon Corporation based on their knowledge from earlier research on techniques to clean oiled sea otters. In total, 357 oiled sea otters were captured of which 225 were rehabilitated and released. This was and remains today, the largest rehabilitation of oiled marine mammals, and the largest number of sea otters ever held in captivity. After the spill, Davis and Williams formed International Wildlife Research, Inc. and became the guaranteed responder for oiled sea otters in Prince William Sound for Alyeska/SERVS. They also provide OSHA certified training for responders working in the Alyeska/SERVS Oiled Sea Otter Rehabilitation Facility located on the terminal property in Port Valdez and personnel on capture vessels. IWR currently has over 100 trained personnel that can respond in less than 72 hours.

Dr. Victoria Broje is an internationally recognized specialist with 20 years of experience in environmental science and emergency response.  She supports Shell businesses worldwide as a Subject Matter Expert for spill response technologies and environmental impacts assessments. She also leads a global Environmental Unit Network providing oil spill response training to Shell staff. Dr. Broje represents Shell at API, IOGP, CAPP and IPIECA committees developing best practices in emergency response and environmental protection. She frequently advises academic and governmental projects and serves as a Chair of the Board for the Clean Caribbean and Americas, a non-profit organization dedicated to outreach on spill response and environmental protection topics. She also chairs the API Science and Technology Working Group for oil spill prevention and response. 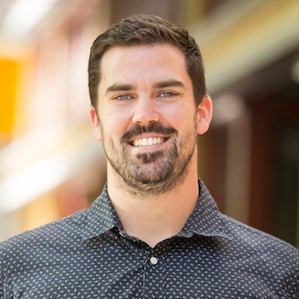 David is the Preparedness Planner Lead at the Washington Department of Ecology’s Spills Program. His work at Ecology includes leading a team of Planners in the continual evolution of Washington’s oil spill preparedness posture to help keep oil spill contingency plans effective, oil spill teams well trained, and spill preparedness improved from lessons learned. He also participates in regional planning between Washington, Idaho, Oregon, and Canada, as well as with the region’s Tribes and First Nations. David is a graduate of the California Maritime Academy and Portland State University.

Linda Pilkey-Jarvis manages the oil spill preparedness program for the Washington State Department of Ecology, overseeing the approval of contingency plans, the state’s evaluation of industry drills, and the regional planning between Washington, Idaho, and Oregon. She is the co-author of Useless Arithmetic, a critical review of applied mathematical modeling and Retreat from a Rising Sea. Linda is a graduate of the University of North Carolina at Chapel Hill, spent 8 years in the United States Coast Guard working in the marine safety field. She is a past recipient of the Washington State Governor’s distinguished leadership award.

Elizabeth is the USCG RRT coordinator for Region 10 and also serves as an environmental protection specialist for District 13 and the USCG Sectors.  She’s a member of the National Response Team Environmental Compliance subcommittee and provides trainings and guidance documents for the NRT and CG regionally and nationally on environmental compliance, particularly the Endangered Species Act (ESA). She’s the USCG science and policy lead on the recently completed ESA consultation on response in the PNW and has provided scientific and policy support for ESA consultations around the country.  Prior to joining the USCG, she was a marine ecologist and policy analyst for the National Marine Fisheries Services for 13 years. Her work at NMFS includes work on Southern Resident Killer whale protection and critical habitat, working with the Pacific Fisheries Management Council, and coordinating programs to address fisheries bycatch. While at NMFS, she was part of the NOAA response to Deepwater Horizon serving as a RAR SME in Mobile and NOAA EUL and New Orleans.  Elizabeth has a master’s degree in Marine Policy from the University of Washington after spending most of the 1990s living in the San Juan Islands working on whale watch boats and at the Whale Museum.